Here’s another nice and versatile feature in the game: Dialogue boxes! The world is filled with various characters, and they all have something to say. Many of them wants help which something, which is great, because as the world’s new Elephant, that’s exactly the sort of thing you are there to do.

I have put effort into making the system as general as possible, and made sure that I store all dialogue data in separate text files, which mean all characters can have the same dialogue handler, and simply import the correct text when the time comes. Because of this I can edit all dialogue separately, and store loads and loads of lines in a neat archive in the game project.

Another nice feature is that the human characters will actually turn their head to look at you when you run past them. 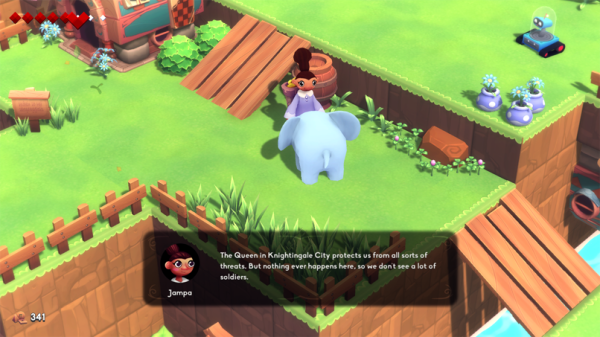